Sorry … no activities until we get over COVID19

Sorry to say that Broadcast Legends activities are on hold until COVID19 is behind us and we can gather again.

In the meantime we are adding video to our website for your enjoyment.  This month: 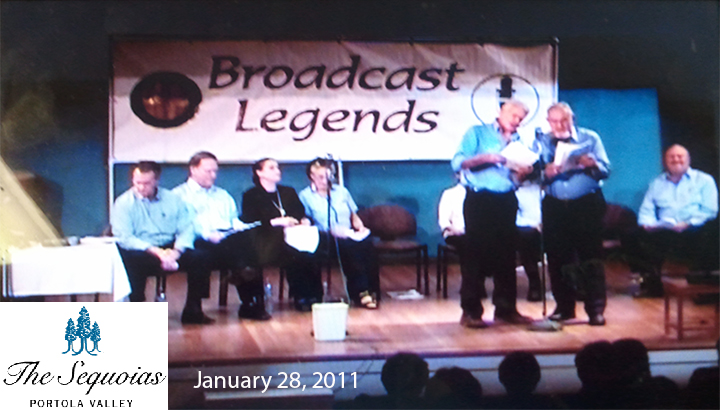 We have also added two new pages: “VIDEO LIBRARY” and “MEMBER VIDEO INTERVIEWS”  –check them out!

END_OF_DOCUMENT_TOKEN_TO_BE_REPLACED

Legends Celebrate A Century Of Radio

PLEASE NOTE: Due to growing concerns about the coronavirus outbreak, this event has been cancelled. If you have purchased tickets to the event you have a credit for the next (or future) luncheon. If you would prefer a refund, please contact us via phone at 1-650-274-0453 or email.

Commercial radio reaches its one-hundredth birthday in 2020, and the Broadcast Legends will celebrate the occasion by turning back the clock to 1955!

In 1955, television marked the 35th anniversary of commercial radio with a special broadcast of Ed Sullivan‘s popular weekly “Toast of the Town” variety show, in which the stone-faced host welcomed early stars of network radio, including Rudy Vallee, Jack Benny, George Burns and many others.

END_OF_DOCUMENT_TOKEN_TO_BE_REPLACED

It’s bound to be a really big shoe – errr, show – on Friday, December 13, when the erstwhile Broadcast Legends put on their annual holiday celebration luncheon at the magnificent Basque Cultural Center in South San Francisco.

A full afternoon of lively entertainment is planned to accompany the delightful food and drinks that will be served.

END_OF_DOCUMENT_TOKEN_TO_BE_REPLACED

The luncheon will honor the latest inductees into the Bay Area Radio Hall of Fame, as well as the recipients of this year’s Sherwood Awards – the “people’s choices” for the Bay Area’s most popular radio stars.

END_OF_DOCUMENT_TOKEN_TO_BE_REPLACED

Fogheads To Unite For Legendary KFOG

It will be a Foghead Family Reunion on Wednesday, June 12, 2019, as the Broadcast Legends celebrate KFOG (104.5 FM), the recipient of the Bay Area Radio Hall of Fame‘s Legendary Station Award for 2019.

The luncheon will take place at the Basque Cultural Center in South San Francisco, and will include a roundtable discussion starring a bevy of KFOG legends, with Ben Fong-Torres serving as moderator.

END_OF_DOCUMENT_TOKEN_TO_BE_REPLACED

Spring is in the air, and the Mighty Legends Old Time Radio Players will be on the air at our next luncheon on Tuesday, March 26, at the elegant Basque Cultural Center in South San Francisco.

In addition to hanging out and catching up with your favorite friends and colleagues from Bay Area radio and television, the Legends radio troupe will present a live re-creation of an episode of “The Lone Ranger.”

Featured in the cast of “The Lone Ranger” will be Dave Parker, who performed on the original radio program, which debuted on Detroit’s WXYZ back in January 1933.

END_OF_DOCUMENT_TOKEN_TO_BE_REPLACED

Elvis (or is it Ben Fong-Torres? ) invites you to spend a blue, blue, blue Christmas with the Legends!

The tree will be trimmed, the stockings hung and the grog, both hot and cold, will be ready on Friday, December 14, as the Legends Holiday Party comes to the Basque Cultural Center in South San Francisco.

This yearly event will feature some things old and some things new to help get you in the holiday mood.

The Legends Annual Meeting will, as always, will be conducted by our Executive Director, Darryl Compton, who will also unveil this years’ Legend of the Year recipient.

END_OF_DOCUMENT_TOKEN_TO_BE_REPLACED

Legends To Celebrate Hall of Fame’s Class of 2018

The Broadcast Legends will celebrate the Bay Area Radio Hall of Fame’s Class of 2018 on Saturday, October 13, with a special luncheon at the Basque Cultural Center in South San Francisco.

This year’s class – the thirteenth to be honored – was selected in voting conducted among current members of BARHOF. The recipient of this year’s Sherwood Award as most popular personality active on Bay Area airwaves, as chosen by the public, will also be celebrated during the luncheon.

Among the members of BARHOF’s Class of 2018 are longtime Broadcast Legends Fred Krock, Gordon Zlot and the late Chris Edwards.

The announcement was made in July at the annual Radio Day By The Bay celebration at the California Historical Radio Society‘s headquarters in Alameda.

END_OF_DOCUMENT_TOKEN_TO_BE_REPLACED

The Legends Summer Luncheon: TV News: Then, Now and Future

You know their faces and voices. You’ve seen the stories that they’ve reported. At the next Broadcast Legends luncheon, you’ll hear the stories behind the stories, as told by several of the finest reporters in Bay Area television history. 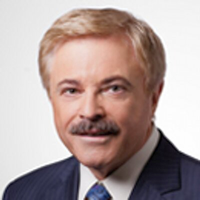 Belva Davis, Rita Williams, Manny Ramos and Tom Vacar will take to the Legends stage at the Basque Cultural Center in South San Francisco to tell their stories from the front lines and behind the scenes in Bay Area television news, with another fabled Bay Area newsman, Don Sanchez, serving as moderator and sharing his own tales.

Our event is called “TV News: Then, Now and Future,” and it begins at 11:30 AM on June 19 with a no-host reception, followed by lunch and our program.

Peter Cleaveland, president of the Broadcast Legends and a 2017 inductee into the Bay Area Radio Hall of Fame, will serve as master of ceremonies.

END_OF_DOCUMENT_TOKEN_TO_BE_REPLACED

It was a year of protests and violence in every corner of the world, and of political battles and campus unrest — a year marred by the murders of Dr. Martin Luther King, Jr., and Robert Kennedy, and the year that Richard M. Nixon was elected to serve as our 37th president.

John Mack Flanagan, with a 45 on his hip and a portable tape recorder in his hand

Not all of that half-million-strong force was there “in country” for armed combat, however. A small group performed a different military duty: providing entertainment on radio and television for their brothers and sisters in uniform.

At the next Broadcast Legends quarterly luncheon, these three will be on hand to tell their stories.

The event, entitled “Something Happening Here: Vietnam On The Air,” takes place on Thursday, March 15, at the Basque Cultural Center in South San Francisco, beginning at 11:30 AM.

END_OF_DOCUMENT_TOKEN_TO_BE_REPLACED

“To celebrate with colleagues from the years when broadcasting was fun!”